As a charity founded on Christian values, we are called to serve. We welcome volunteers from all backgrounds and beliefs in our efforts to connect all people with clean water.

The areas we work in are very under-developed. Conditions are not what we are used to in North America. As we work to connect these communities with clean water, our in-country partners and water teams need your prayer support.

The Prayer Team prays for:

Are you a prayer warrior? Do you know someone who is? If you would like to join ‘The Pray Team’ please contact Barry Hart at bhart@waterambassadorscanada.org or call or text 416-917-3686. We will send out a prayer letter to team members every two months.

The park overlooking the beautiful city of Antigua, Guatemala. Guatemala was the first country we worked in, making this image a fitting symbol of our work.

The following passage is excerpted from “Why Pray? 40 days – from words to relationship” by John Devries, founder of Mission India

“I learned this lesson in a unique way in my work for Mission India. While attending a prayer seminar, I was challenged to choose, if I were a pastor, between hiring a full-time director of music or a full-time “pray-er” for the church. It took me only a moment to decide that I wanted the “professional” intercessor. I got so excited about the idea that I challenged the board of Mission India to change the job description of one of our staff members to be exactly that. When the board balked, I threw out a “sign”. If God would bless this strategy so that income would go up beyond anything we would have expected from hiring a fund-raiser in the coming year, we would know that this was God’s will!

The board went along with the challenge, and Mission India hired a full-time, professional intercessor. This person in turn started our India Intercessor program, now with several thousand households praying for India ever day. In the first year of this new prayer ministry the mission grew substantially, far beyond what any one fund-raiser could have expected to do! And God has been opening unexpected doors ever since.

I shared this story with a friend in India, who then told me that God had led him to do much the same thing in the same year – 1992. He had labored with his little mission in a city in the heart of India for about ten years, and fewer than twenty little house churches had started. He and his wife were burned out and tired. He then decided to hire “professional” intercessors and to begin his mission work in prayer, not with human effort. A few years later he had twenty-two people reporting for prayer work every day! And the mission exploded to more than 160 little house churches in those few years.

Are you being “carried” along by Jesus on the wind of the Holy Spirit, or are you trying to carry Jesus along? It may be so simple a matter as being out of step with the Savior. To be yoked is to be in step – and when that happens, we find that the task is easy and light, for He is pulling with us. When prayer is first and work is second, we are in step with Jesus. With the work arising out of prayer, we shift from working in human power to working in divine power.”

Throughout the year, we share prayer letters with our prayer team. You can view past letters here. 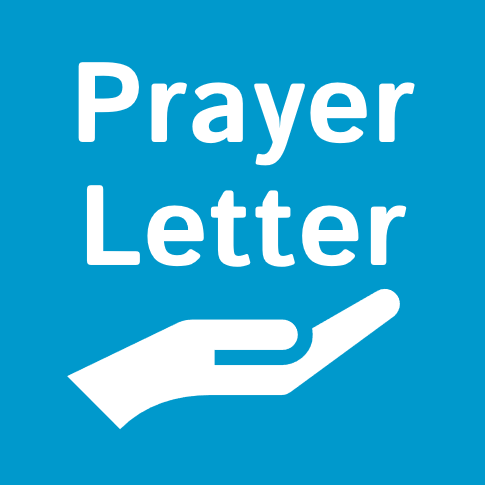 Update Greetings Pray Team, I hope all is well with you. Here we are, entering our second summer with global Covid restrictions. I have thought of a good answer that Canadians can give when asked, “How are you doing?” I now reply, “We have lots of cake, but no icing.”   Our team continues to […]

Update Hello Pray Team,   I hope you are Covid Coping well. Distancing and masking seem to be the norm now.  Watching ‘old’ shows on TV with no masks and people crowding together seems odd now. I hope that we can return to these ‘odd’ normals soon.  Have you had your vaccination yet?  Waiting for the second one?  […]

Update Hello Pray Team,   I hope all is well with you and yours. We are moving into March.  This month has several noteworthy dates. March 13 will mark the first anniversary of Covid 19 being officially declared a global pandemic in Canada. We all know the changes that resulted from that.  A day later, March 14, is when […]